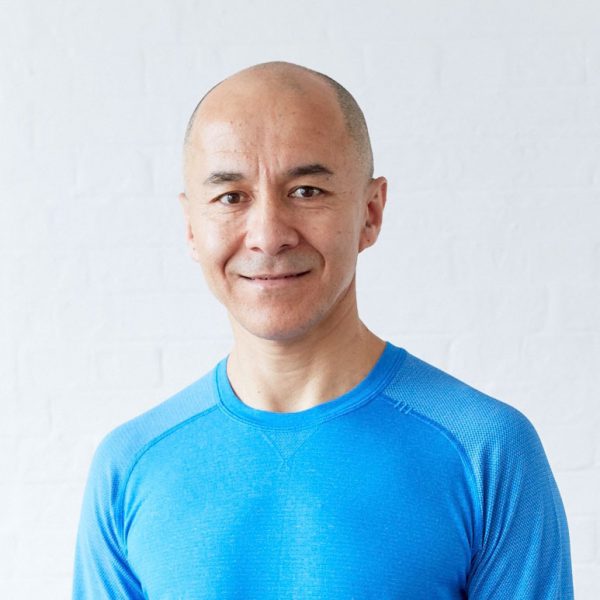 Yalckun has been practicing Pilates for 28 years. During that time he has studied with such inspirational teachers as Dominique Jansen; James D’Silva; Sian Phillips and Anoushka Boone. He was a senior Pilates teacher at Triyoga London for 10 years; a resident Pilates teacher at The National Hospital for Neurosurgery in London; has attended Pilates master classes in Key West Florida and Miami, and taught retreats and workshops across Europe and in Asia. He now runs his own Pilates practice near Chancery Lane, London and teaches at Pilates Yoga Movement.

Not untypically, it was injury that introduced Yalckun to Pilates: as a young dancer, newly arrived in the UK, he suffered 3 fractures to the spine and was paralysed for six months and in recovery for a further six. Refusing surgery and medication he set about rehabilitating himself through oseteopathy; acupuncture, and of course…Pilates, and it is testament to his discipline, his determination and – he himself would acknowledge – his stubbornness that he not only recovered but went on to resume his dance career and establish himself as a Pilates teacher with seriously impressive credentials.

Furthermore, his own personal experience – of dance, and of dealing with pain and injury – has been significant in informing Yalckun’s approach to teaching. He is exact, meticulous and sensitive and has a finely tuned understanding of the delicate balance of the human body. As such he offers a personal programme that is perfectly tailored to the body concerns of each individual client: his mat classes are inspiring, dynamic, fluid and always evolving so his clients remain interested and enthused. Providing a framework via which to use the core and spine correctly Yalckun’s classes can help with chronic lower back pain, wrist and shoulder issues whilst his precise technique – attributable to his dance background – achieves excellent body alignment as well as muscle tone. Yalckun follows all the classical principles of Pilates movement whilst having developed a method of Dance Pilates derived from his own considerable training and experience. His classes are constructive, encouraging and extremely beneficial but also fun and varied. He is truly at the cutting edge of Pilates.

Yalckun has been taught dance and choreography by Merce Cunningham himself and Robert Swinston at The Cunningham Studio in New York.  He was invited to teach dance for a year at the prestigious Beijing Dance Academy’s post graduate course, taught ballet for three years at the Dance Division of the Arts Institute in Urumqi, Xinjiang China and taught Contemporary Dance technique for the performing arts degree course at The Hoxton College London. He was a founder member of the Shoreditch Pilates and Gyrotonic studio and also established the Pilates  studio within the Soma Center of the Royal Garden hotel in South Kensington. He continues to have on going  professional development dialogue with the legendary Anne Marie Zulkahari and is on Anne-Marie’s Pilates teacher training faculty at the PYM studio. He is also a member of the Pilates Foundation UK.

Yalckun works with a broad range of clients from those whose work is largely sedentary, to athletes wishing to better their performance, to women throughout and beyond pregnancy.